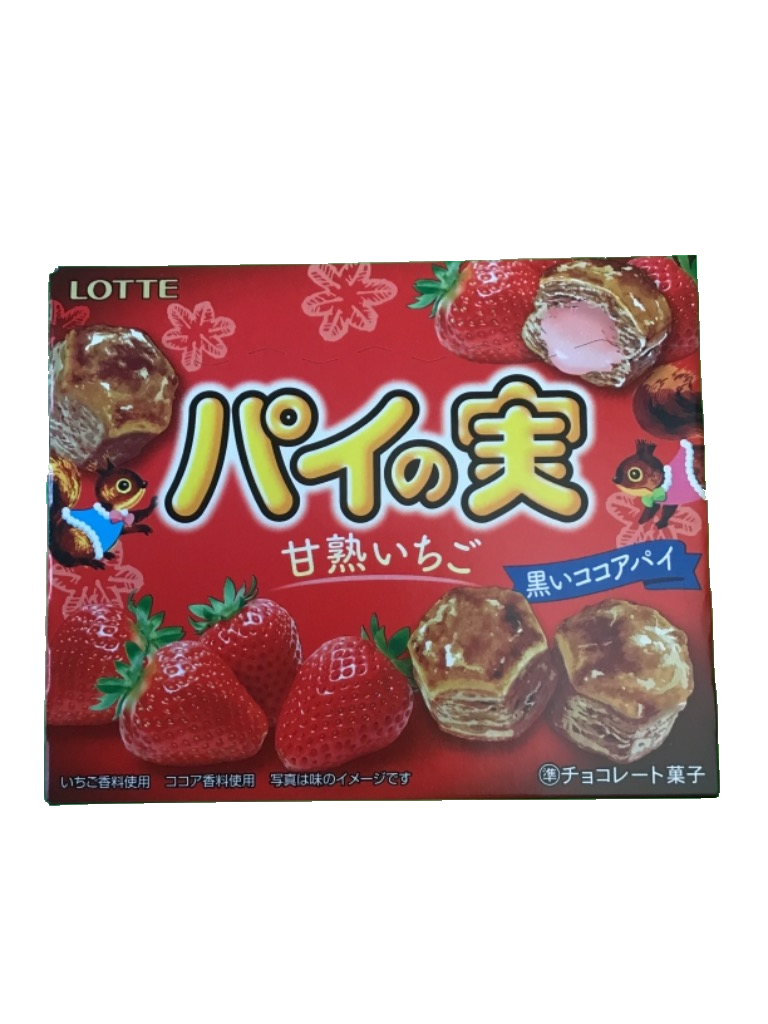 The fall version of パイの実(Pie no Mi) is Apple Pie. And I favor myself as somewhat of a connoisseur of apples being from Washington state, the apple capital of the world! Well at least the apple capital of the USA. Apple pies are an American tradition. It is even often rumored that Americans have apple pie in their blood. Well it’s not true, but they sure do love a great Apple Pie.

Whats interesting is that the Japanese love taking American traditional foods, and try and make them even better! In some cases this works (Hamburgers), and in other cases they fail miserably (Pizza). So how will they do with a snack version of an Apple Pie? Let’s find out! 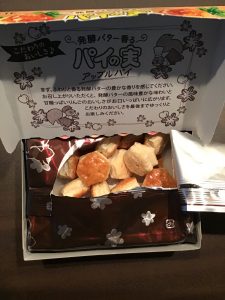 Now fresh out the box, these look like the regular Pie no Mi. They have a fantastic apple smell as well! Obviously the difference is in the filling. I would hope to have some apple chunks of something inside, but let’s cut one open and find out what’s going on under the hood! 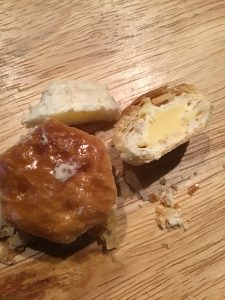 Well, the looks are lacking quite a bit here. Just a yellow filling. No glazey luster. No apple chunks. Just yellow. Sad. But we came this far already, so let’s dig in!

These little pies are as layered as ever. If you read the original review, they claim to have 64 layers!! And that comes out in the crispy crunch you get. The filling does in fact taste like apple pie. A very present apple pie to boot. No crispy apple chunks, but the real deal apple pie flavor. I guess the best benefit you get with these is that you can buy an Apple pie, put it in your pantry for a month, or two, and still get that fresh, crunchy apple pie you err hoping for when you bought it.

Final take, this is pretty darn good. I can’t really beat around the bush here. It didn’t have the apple chunks, but it tastes like a pie your grandma made for your middle school graduation, only miniaturized into a bite sized nugget of sweetness. I think this is my favorite Pie no Mi.