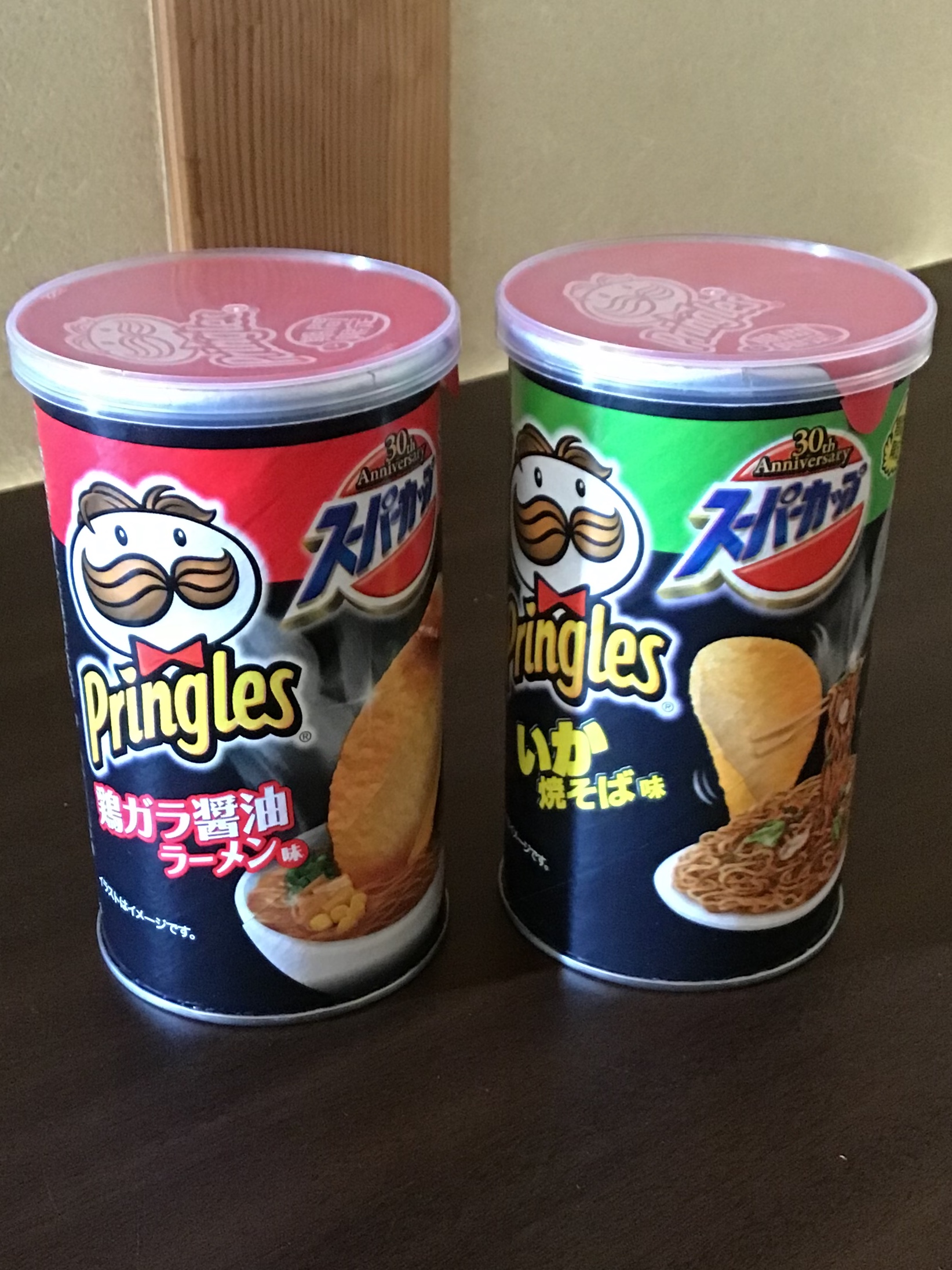 Today we will be trying out Pringle’s 30th anniversary chips. We have two flavors today, for double the fun! And as we all know, “Once you pop, the fun don’t stop!” At least that was the message Pringle’s used to present when I was a kid.

The green label is いか焼きそば(ika yakisoba) or Squid Yakisoba. 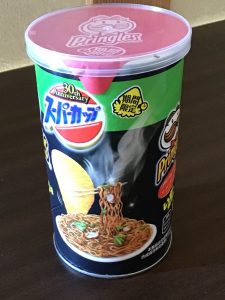 Squid Yakisoba flavored Pringle’s… Hmm. Well they are in fact Pringle like.. And the flavor is definitely Japanese Yakisoba. The squid is very subtle. But enjoyable. The flavor in general is very subtle. Not a smack you in the face, and call you “Lucy” blast of flavor like some other Japanese chips have. Just a very mellow Yakisoba, with a hint of squid. 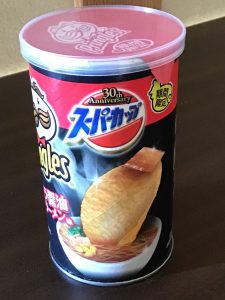 Chicken Broth Ramen chips. And what in the world is that on top of the chip in the picture?! It looks like a small bit of bacon, but who knows. Were we supposed to put bacon on the chips before eating them?? Anyways, onto the taste. These chips have much more flavor than the other pack. But the flavor is, well, not my cup of tea. Scratch that, the flavor is not my bowl of ramen. If you know what I mean. I’m not a huge ramen fan anyways, so no surprise there I guess. My wife prefers these over the Yakisoba chips though. And she loves ramen. So if you had to chose one, go with the flavor of noodles you like more. That makes sense!

Final Verdict: I wasn’t a huge fan to be honest. Somewhat let down. They have that “WOW, I gotta try those!!” factor in the design alone. But for a 30th anniversary item, I would have expected a little more. I like Yakisoba more than Ramen, and thus prefer the Squid Yakisoba flavor. My wife is the opposite. She likes Ramen, and prefers the Chicken Broth Ramen flavor. My 5 year old son likes both! Again, a great gift to give to a friend, or family member. But not something you would want to share with some new friends at a bar on Friday night..