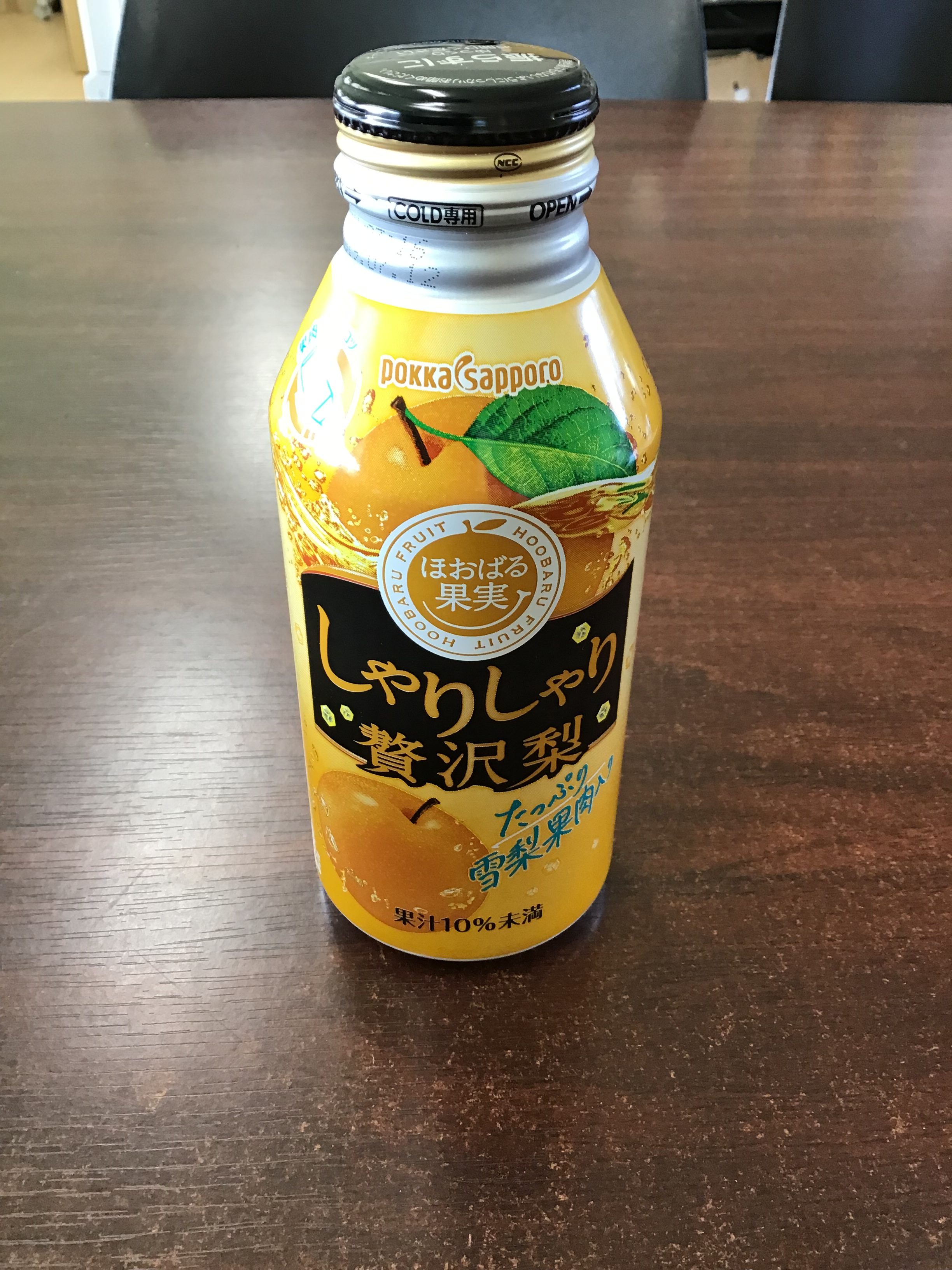 Oh boy, this looks tasty! Pokka Sapporo’s Shari-Shari Zeitaku Nashi drink. Let’s dive into the entomology of the name first, and than crack this bad boy open, and review the drink!

しゃりしゃり(Shari Shari) is like the sound you hear when 2 hard/thin objects are rubbing against each other. Or the sound you get when sharpening your katana. Or also, the sound of biting into shaved mountain ice, carved with your newly sharpened katana, and flavored with the salty tears of your recently defeated enemies. But in this instance, I think the more correct translation would be “crunch crunch.”

贅沢(Zei taku) meaning luxury, or something that has a “lot of want.” You could even say it is akin to something that you can’t normally afford. Say for example your a lowly peasant, and your lovely daughters birthday has arrived. You had been saving for this moment, and bring her to the cake shop, to purchase a birthday cake. “Let’s get a zei taku cake” you tell her, and get the best  cake you can. Loaded with strawberries, and real cream. Now that is Zei Taku!

So, we get something like Crunchy Crunchy Luxury Pear that everyone really wants! That’s my translation at least..

To start, as suggested, we will give this one a shake. It says that it only contains 10% juice. But I am fine with that. Most fruit drinks (excluding 100% juice) rarely have even 10%. As we crack it open, the pear smell is really noticeable before the cap is even fully removed! Wow, great smell. Not really artificial, but just like the subtle smell of a ripe pear.

As I take the first sip, I am already aware that I am slipping into the captivating essence of this drink. The pulp, is amazing. On the first sip I actually thought it was orange pulp, but on the second sip, it was undeniably pear pulp. 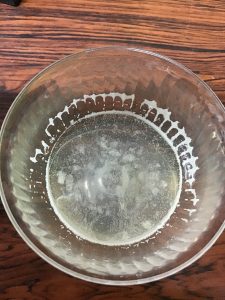 It is rather incredible how well balanced the mixture of pulp to liquid is. 80/20 would be my estimate. But the ratio seems to be the same upon each drink.

The pear flavor is just perfect. You can’t make it better by adding anything, it has reached its pear pinnacle, and has arrived upon the summit.

What started as a sip, has led me to larger, and larger drinks. As the can has reached the 10% level, the pulp is now more concentrated, leaving a small spoonful of heavenly pear nuggets. And with this sentence, the can is gone. But not forgotten.

This drink was so lovely. And the name, which at first I thought was a little arrogant, has lived up to its merit. I felt the しゃりしゃり. I experienced the 贅沢. And I became the なし.