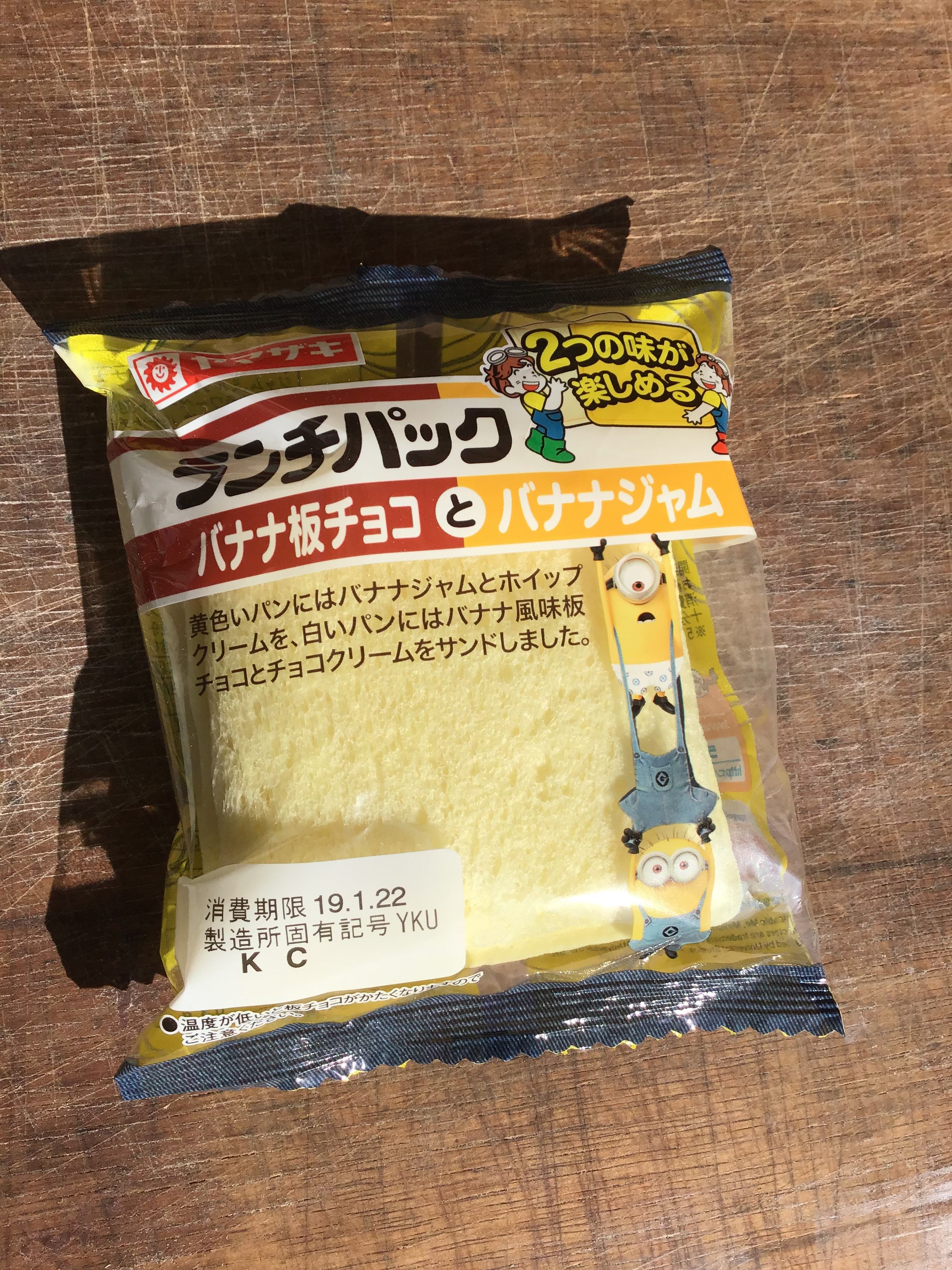 Today we are reviewing a popular sandwich companies Minion themed sandwiches! Minions is really popular here in Japan, and its only natural to see Minions themed everything.

Well anyways, this sandwich company has a ton of varieties of sandwiches, all with the crusts cut off, and nice looking. Some are common sanwhich flavors such as Tuna, Ham, Egg, etc. Some are more.. out there. Such as curry, pizza, and the one we will review today. Minions themed Choco Banana, and Banana Jam. I really have no idea what to expect, so let’s just dig in shall we? 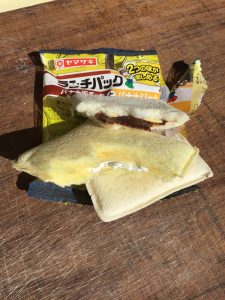 Lets start with banana jam. The bread on this one is even yellow, just like the minions themselves. I’m sure kids love that! Apparently the Jam is banana flavored, and the white stuff is whip cream. After giving it a bite, I have to say, it’s not too bad.  The flavors do work well together, and it’s not overly sweet which is nice. It kind of reminds me of when I was a kid, and first introduced to sandwiches with marshmallow whip. That same sense of fascination, trying to imagine how that was going to taste before biting into it, and the plesent surprise afterwards. I kind of like this. Although, I feel like the first time you try this, will forever be the best time.

And next, the choco banana. This is choco cream, which for anyone in the states, is nearly identical to the chocolate pudding cups you can buy at nearly any super market. And some sort of banana flavored chocolate “planks” for lack of a better word. And I have to admit, I am not really digging this one too much.. The flavors of chocolate, and banana (in my mind) are a great match. But the crunchy, hardness of the banana chocolate kinds of kills it on impact. Although, after giving it a few chews, and ridding the chocolate of its crunch, it becomes much, much more appealing. Hmm… yeah. It’s good. But I don’t really like the initial crunchyness of it.

Well that’s it. Two sandwiches, both are good, but I wouldn’t buy them for myself again unless I was dying for banana, and chocolate, and bread. Although, I think they would make a nice treat for the kids. So I will be getting them again, on the next rainy Sunday. Throw on a Despicable Me movie, share some Minions themed sandwiches, and enjoy our day!